it's about this time of the year again 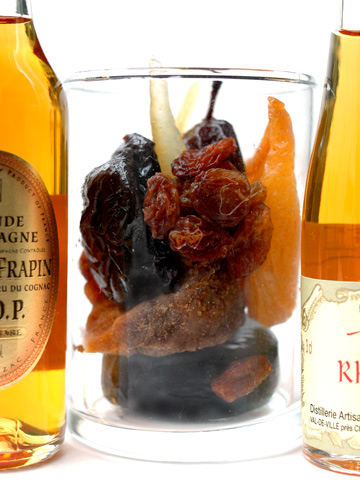 ... well I might have been a bit late again. 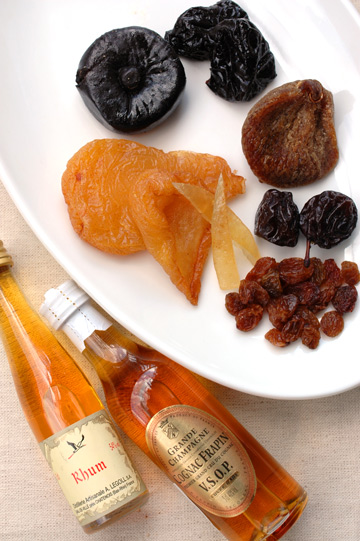 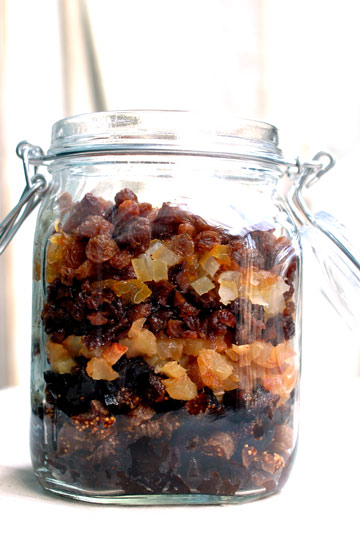 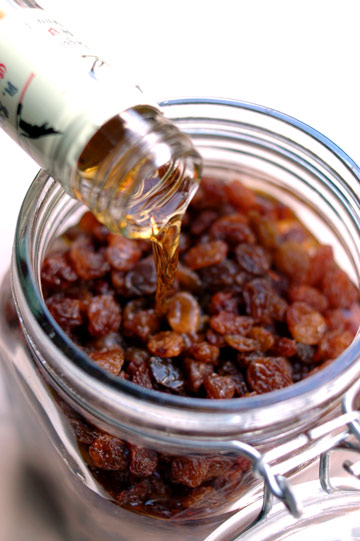 I have been lagging behind in blogging many recent developments, but here I'm making this a note to self; last week I got around to soaking dried fruits in liquors in preparation for making fruit cake for Christmas. Last year I didn't need to do this as I had some leftover mincemeat from the year before, but well, this year, I had nothing, so I made it from scratch.

That said, I decided not to make traditional mincemeat this year. Instead, I just soaked fruits directly in liquors, without adding sugar or fat, which is what I used to do before. This time I had semi-dried black figs, large white figs, prunes, mirabelles (a kind of plum), and pears, all of which are from France. I also had some sultana raisins and candied zest of bitter oranges from Spain, plus candied zest of lemon for which I don't know where it is from.

I chopped up everything (except raisins), threw them altogether into a large jar, and poured some French rum and brandy - from A. Legoll and Cognac Frapin, respectively. I seem to have soaked something like 2.5lb of dried fruits in total in 10-12 oz. of rum and 3 oz. of cognac. This should be a plenty for this year's cakes, and probably for the next year as well. 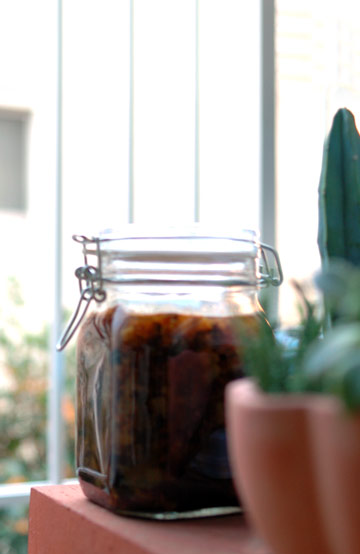 Now my jar of fruitcake fruits is sitting in the kitchen (not by the windows, though) and getting ready to be used in a month's time or so. Ideally, in order for my fruits cakes to fully develop their flavors, I would have liked to soak my fruits a few months before baking them into cakes and then let sit the cakes for another month or two before they're eaten, but I'll have to live with what I have to live with; I've only got a month for my fruits to get liquor-steeped and another month for the cakes to sit before Christmas this year. Not too bad, as long as I manage to bake cake in time, a month from now. Let's see how it goes...
posted by chika at: 10/19/2005 02:39:00 AM

I am so inspired to do this! I am rushing out of the office in 2 hours to get a jar and dried fruits. My brother LOVES fruitcake and he'd have his little socks blown off if I made him a proper fruit cake.
You must post a full reciepe when you have time. Thank you so much for your inspiration!!

AH, I'm sorry, I found the link after all. http://www.deliaonline.com/cookery-school/how-to/how-to-make-a-christmas-cake,17,AR.html Thanks again!

wow.. i didn't know that making christmas fruit cakes take such a long time.. but now i know. hehe

and ur photographs are really great!! it makes the food even more mouthwatering ..

Your blog is wonderful - especially the photos - can I ask you what camera you use - as I also have a blog page and the pics turn out ok - but not as beautiful as yours...thank you

Lady Lavender of the Kitchen said...

What kind of camera are you using? Your photos are always AMAZING!

Are you a chef of sorts in japan

I have never corresponded in such a fashion but I was very inspired by some of your recipes. So, I shall give it a try!I am a Tea Student, studying seriously in the Urasenke tradition.I also have finally begun my Japanese speaking, reading and writing lessens and am in bliss! I have searched in vain for molds to make wasanbon and ohigasi along with recipes. I make all sorts of little o kashi but would SO love to find information on the above. Can you help me in anyway?
I can be reached at me e-mail meemers95@hotmail.com Thank you so very much for hopefully taking the time to consider this request. Tina