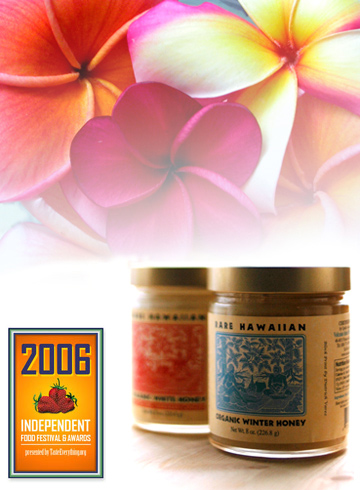 For as long as I can remember, I never liked honeys. As far as I can remember, there weren't many kinds of honeys available at local stores when I was little, and those thick, light golden colored sweet syrupy stuff simply weren't my kind of thing. So I never really dared to eat my toasts or pancakes with honey up until fairly recently when I discovered the honey that seemed to be totally different from what I had always known as honey.

And that was a Rare Hawaiian Organic White Honey honey, to which I would like to give an award for the Beautiful Honey of the Beautiful Big Island of Hawaii, as one of the Second Annual Independent Food Festival and Awards. Thanks Hillel of tastingmenu.com for organizing the event for the second time following the very successful first year launch, where I was also given an opportunity to give an award to my favorite almond croissant.

So the honeys. When I first found their original white honey in my very first visit to Hawaii several years ago, I got some as a gift for my families and relatives, as I thought it was something we wouldn't get in Tokyo; back then, honeys available out there would most likely be runny kinds, not solid and creamy ones like this white honey. Back home, as I gave away the honeys I tried a little bit of one, and was rather shocked; not only the honey wasn't runny as the ones I had usually seen, but it smelled and tasted totally different. It was very fragrant and wasn't sickeningly sweet, had mild but very clean taste. 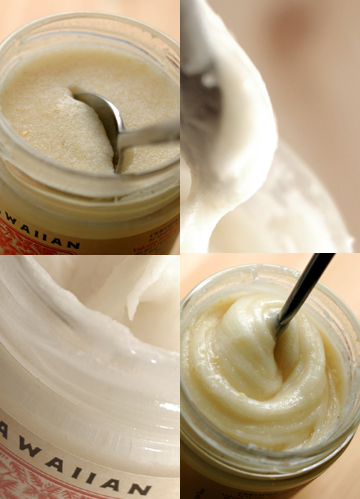 The honey soon became my regular souvenir from Hawaii, and was always very well received and enjoyed by friends and families. I was lucky myself to have a chance to live on the Big Island where the honeys are produced, during which time I enjoyed their honeys now and then. 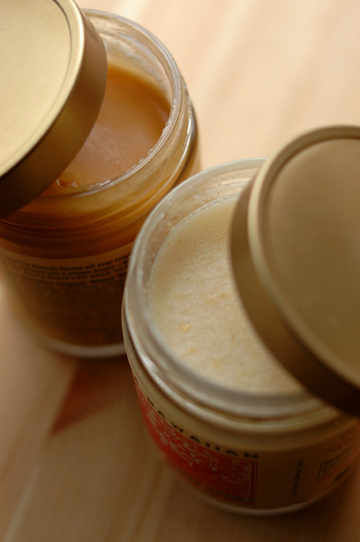 The honeys come in several varieties, from different kinds of trees/flowers and with/out some additional flavorings including ginger and passion fruit a.k.a. lilikoi, Hawaii's favorite fruit. While the honeys are great simply served with warm toasts, pancakes, or waffles, they can also make some wonderful delicacies, like the ones that the company has on their website, including ice-cream, refreshers, and dressings. Here are some more suggestions that I want to share with you all, honey lovers or naysayers. There will be a number of other ways to enjoy these wonderful honeys, and one important thing you should note is that these honeys are best tasted unheated; so it would be a good idea not to spoil the beauty by throwing them in cookie batter or something. 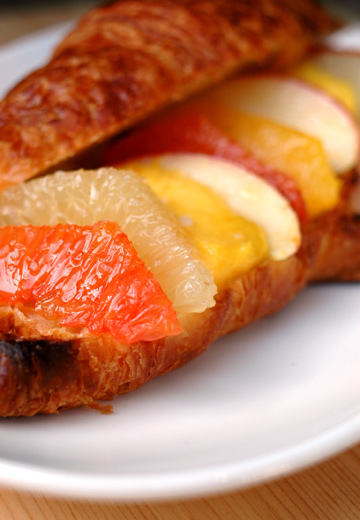 Roasted Fruit Galette with Hawaiian White Honey; a honeyed version of snack that I have made before using brown sugar. Lightly butter the cut side of half croissant, arrange your favorite fruits in season (here I used regular and blood oranges, grape fruits, apple, and mango), sprinkle with a pinch of good sea salt and a bit of butter cut into cubes, and grill in a toaster oven or under broiler. Right out of the heat, lightly spread with the honey and serve immediately. 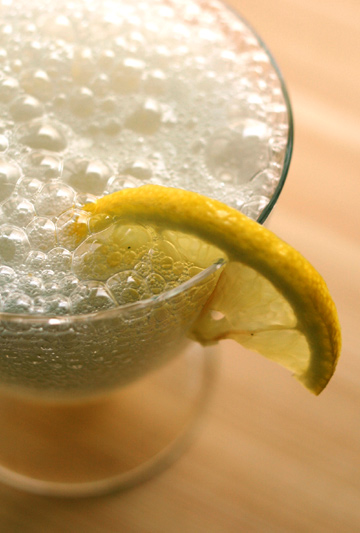 The Ultimate Honey Lemon Fizz; In a glass, mix together some white honey and freshly squeezed juice of lemon until completely combined. Pour in chilled champagne or other sparkling wine, stir to dissolve, and serve at once. This is the most seductive honey-lemon drink, I tell you. 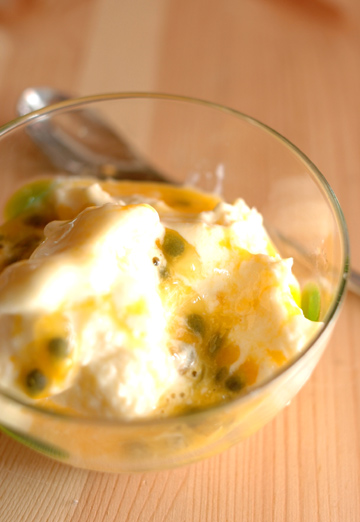 Hawaiian White Honey & Mango Frozen Yogurt with Lilikoi; two of Hawaii's beloved fruits are combined with the aromatic honey to create a very refreshing dessert that is rich in taste but light in texture. Pour about 8 oz whole-milk (full-fat) plain yogurt (with no added sugar or flavoring, that is) over a sieve or colander lined with paper towel, and let it drain to thicken, reduced to about one-third in volume, for several hours or preferably overnight in the fridge. Combine a peeled, stoned and pureed ripe mango with about 3 tablespoons of white honey to thoroughly mix. Fold in the thickened yogurt to the mango-honey mixture in three additions and mix well after each addition. Chill in the freezer for a few hours, occasionally stirring with a spoon. To serve, scrape out the pulp and seeds of 1/2-1 passion fruit over the frozen yogurt in a serving bowl. 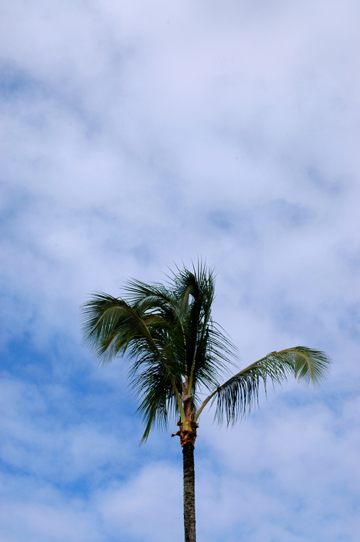 Now that I am back in Japan, the honeys are rather hard to get here (they can be ordered online and may also be found in selected gourmet/natural food stores in Hawaii and elsewhere) I have to savor every bit of what I now have at hand. I am delighted to have an opportunity to recognize one of the best food I found from the island with the beautiful sky, stars, beaches, and forests. Whenever I think of the time I spent in Hawaii, these honeys will always be part of my memory. I hope you will enjoy this treasure from the island as much as I do, and in the meantime, you're reminded that you should check out all the other awards given by fellow food bloggers, which are being announced for the coming several days.
posted by chika at: 3/06/2006 06:03:00 AM

I am lucky enought to have a jar of this honey in my san francisco kitchen pantry. It was a gift from the lovely Alan at Ma'ona . I have the ginger one which I used in citrus too, to good effect!

Chika, I remember you talking about this honey before and I was going to ask you to get some for me when you were still there... (your gorgeous pictures make me want it even more) Glad you had a lovely time in Australia, look forward to hearing more about it some time. Take care.

Beautiful story and shots. So vivid! I love honey. I actually just brought back Manuka honey from New Zealand and treasure it like it is gold!

That white honey looks so good - I want to cry...

Hi there, thank you all for dropping by!

Robyn - yeah, a tiny spoonful at a time. Divine!

sam - I got a ginger one for the first time this time, and I used it for the honey-lemon fizz. Worked great!

Estelle - good for you you tried it!

Oh yeah, that white honey is simply devine! Discovered that on my honeymoon to Hawaii 9 years ago.