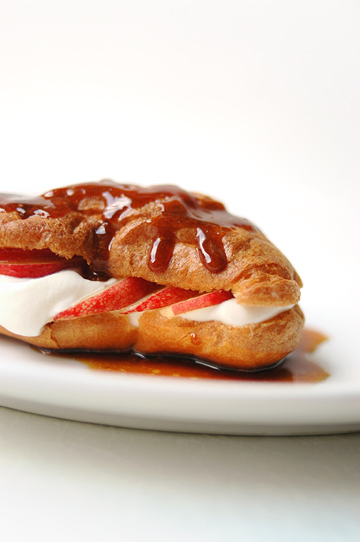 While the monsoon season is yet to be officially over in Tokyo, we've been having sunny warm days over the past several days. Although it's nice to have a relatively dry day with the sun out shining is a good relief after the endless rains (and I am aware that the weather seems to be a lot worse than this elsewhere in the world), I still dread the full-blown heat that is sure on its way (I hate summer... ugh).

In the hope of helping myself brace for the warmer weather, I went for some dishes (and glasses) with the spirit of early summer... 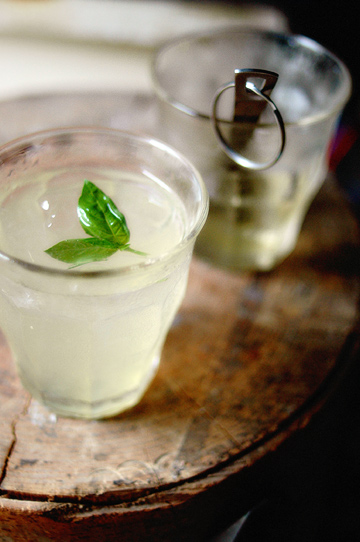 Basil Lemonade (recipe here): I'm not intending to mean as if the traditional, freshly-made lemonade would come short of anything, but these glasses of lemon concoction infused with fresh basil had real zing. You first make basil lemon syrup (recipe here) by cooking up sugar, water, basil sprigs, and lemon zest and let it sit to allow the syrup take on the flavors of basil and lemon, then top it with freshly pressed juice of lemons and water (sparkling, in my case). It was beautiful the way basil didn't overpower lemon but instead gave another layer of flavor - it may make a lemonade more for grown-ups, and that may be why they suggest this syrup be used for vodka gimlets, too.

Another hearby and refreshing 'glass'...

Cucumber Avocado Soup (recipe here): It's anoter throw-everything-in-the-blender-and-whiz sort of soup, in this case with cucumber, avocado, scallion, and fresh mint. While it is really light and almost fluffy, the soup as a dish was rather surprisingly filling with the help of cucumber and avocad chunks, making it a nice and light lunch served along with some bread. Only thing is that the recipe seems to call for quite a bit of liquid and if I hadn't cut it down the soup would have tasted really bland and watery. And from what I read later on its reviews, I don't seem to be the only one who got that impression.

Now more on a substantial-dish side... 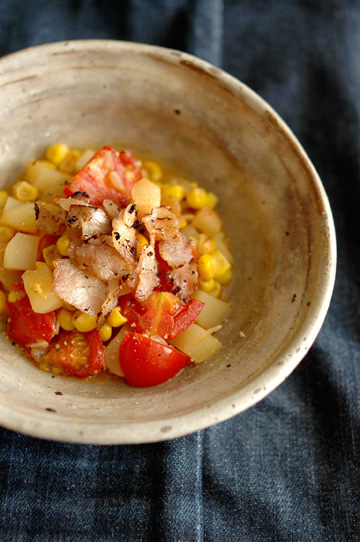 Corn and Potatoes with Heirloom Tomatoes (recipe here): This perhaps doesn't sound (or look, in my picture) to be the most exciting dish, but it turned out to be a rather addictive, moreish dish that makes you reach for seconds. It did require some involvement (not too much, but bit of chopping here, stirring there, and so on), but was a fabulous way to make the best of what summer has to offer - I bet you can't get enough of corn, potatoes, and tomatoes, right?

Now that we've had a drink, a starter, and a main, I thought we just have to have a dessert... (although, I didn't actually made things in this order - but never mind) 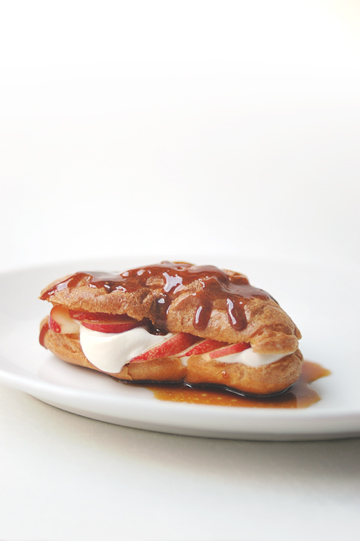 Peaches 'n' Cream Eclairs with Bourbon Caramel Sauce (recipe here): Or more like Nectalines 'n' Cream here. There was something magical about the name (Peaches 'n' cream! Eclairs! Burbon! Caramel!) that drove me to try this, and the photo that appeared in the mag (one like this) simply took my breath away, making me really want to try and reproduce it.

Well, so I did. I even baked puff pastry, which isn't difficult to make after all, but is something I hadn't done in ages. I also made caramel, some of which was spread over the top of baked choux puffs to crispen up, while what's left was mixed with a little water, butter and Bourbon whisky to make the sauce. Now I don't even fancy whisky, but it's okay when used like this - just to make my dessert a little tipsy. And the whole thing went down really well, even better with the caramel sauce used to fill the puffs, rather than served alongside, to better blend with the cream and fruit. It was also a pretty dessert to look at, even if it was almost impossible to eat without making a mess. 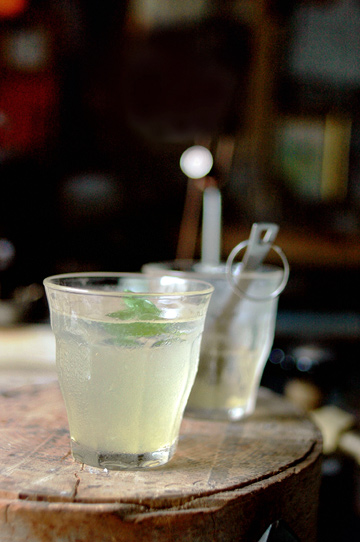 As you might probably have noticed, everything I have here is from the July 2007 issue of Gourmet magazine, which happens to have a lot more recipes that made my wish list of things to cook. Well, I have been cooking a lot, not just made it to blogging about them; my humble blog is never meant to be a monthly read, but I just realized this very post is like July issue of it... (ouch). While I hope I'll do a little better in August, I'd like to point you to my previous (almost-never-ending) post on cooking from Heidi's book Super Natural Cooking, which now is complete with a couple of extra dishes and accompanying photos that didn't originally appear when I first started writing the post - what a post is that, when it takes me a month, start-to-finish???
posted by chika at: 7/29/2007 04:35:00 AM

congratulations on your cool work!

The avocado soup looks beautiful and very refreshing.... very reminiscent of the Brasilian avocado drink my mother used to make.