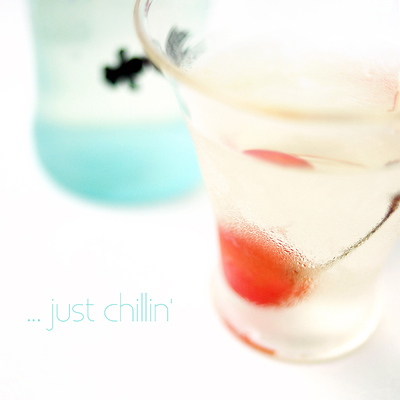 Can't believe it is already mid August. On my last post here a few weeks ago, towards the end of July when we were already weary of the heat, I jokingly mentioned that I should do a post of my trip to Europe back in July before the beginning of the summer ends... and now it is already autumn. Excuse me? Well, in the traditional Japanese calender, the day that falls halfway between the summer solstice and the autumn equinox is considered the first day of autumn, which usually comes around give or take August 7th. Of course, a summer can hardly be over this early - in fact, the whole month of August is the hottest of the year for us, so none of us thinks it the real end of the summer, not at least in Tokyo.

Now you may or may not see signs of autumn where you are, but if you are still suffering the summer heat like we are here (or worse), let us hang in a little more... some ice-cold drink (or a drink-turnd-into-ice) shall hopefully help us along. 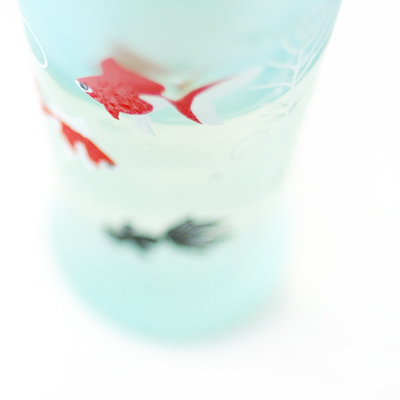 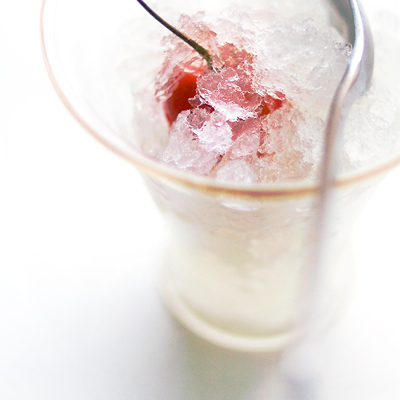 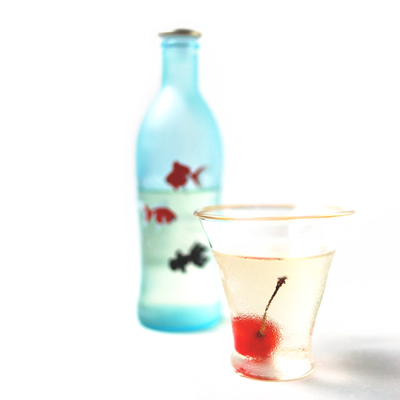 * This cute blue goldfish bowl-inspired bottle is a little sake bottle. I couldn't help but grab a couple when I found them at a liquor shop, just to shoot some photos. But as you might know I'm not a sake drinker, so I tried and made it into granita with some water, syrup and lime juice added. Hm, still very sake-y. So after the photo sessions, the sake granita and the rest of the bottle was donated to my sister. Everyone's the winner.

** I've also updated my last post on my Paris-London trip back in June. I know, by now it is already more like autumn for them, for real, but you might be interested to see what you could get there in early summer... trust me they are beautiful! Read the post here.
posted by chika at: 8/13/2008 09:19:00 PM

Esp the pictures? How do you take them?

I love the pictures! Great work!

I don't like sake either so I started mixing it with plum wine...mix 1/4 part sake to 3/4 parts plum wine (I drink mine on ice) and it is very good...just enough of a sake flavor and the plum wine makes it very good!

lovely bottle...
Unfortunately in switzerland the summer is quite cold this year :(

You don't like sake! That's just crazy. There is no other wine on earth that will bring a blush red grin and warm laughter for hours. It's the only drink that tastes great warm. After you drink it and open your mind then there is nothing else you will prefer maybe except for Chianti or a Sweet Red from the local press.