orchards in the morning clouds 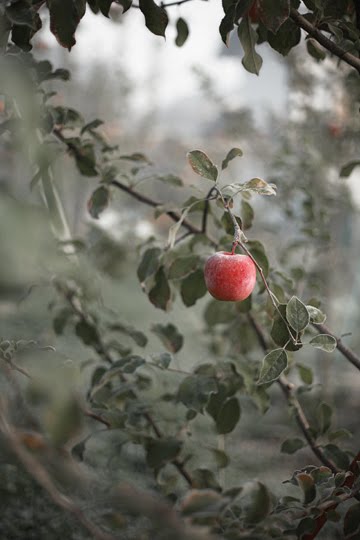 It feels as if autumn never really came this year. It did, yes, but ever so fleetingly; until the end of September it was still quite warm, and it got suddenly cold at the end of October. And now I'm back in Nagano, up in a mountainous area about half a mile above sea level, it now feels like winter rather than autumn, especially with the freezing mornings and evenings.


We had cold rain lingering on and off at the end of October, and it was one of the first mornings that showed a promise of sunshine and blue sky when I looked outside through the window and saw rays of the sun diffused in the thick mist.


It was past six thirty in the morning, and I had stayed up for most of the night and was about to go to sleep. But I decided to go out for a bit of walk with my camera, with an extra layer on. 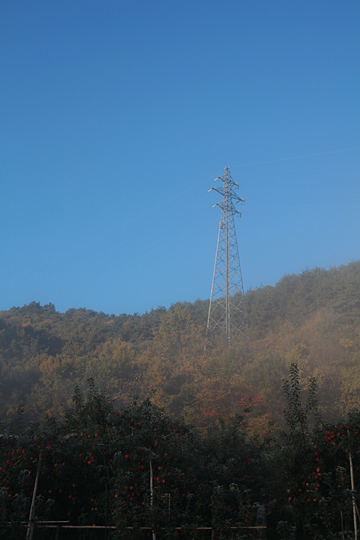 Outside, the sun was going up and the sky was turning clear blue - except the vast majority was clouded with thin layers of mist.


Probably I was in the middle of the clouds hovering around the mountains, I thought, as I looked down to see everything covered with frost. 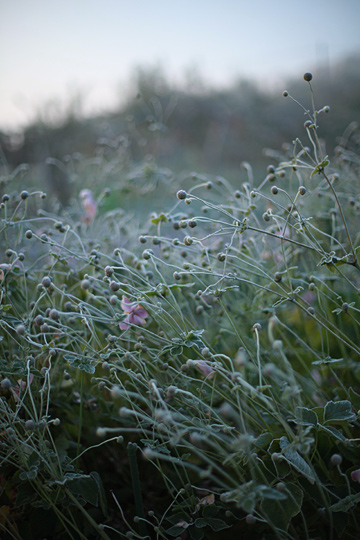 Together, the mist and frost graced the whole scenery with the silver grey veil.


I was mesmerized as I walked up the hills towards the family apple orchards, and all the while I couldn't stop snapping away, hoping to catch some of these mystical moments before the magic evaporates away along with the mist and frost.

Below are a few of the photos from that magical half an hour - hope you'll enjoy! 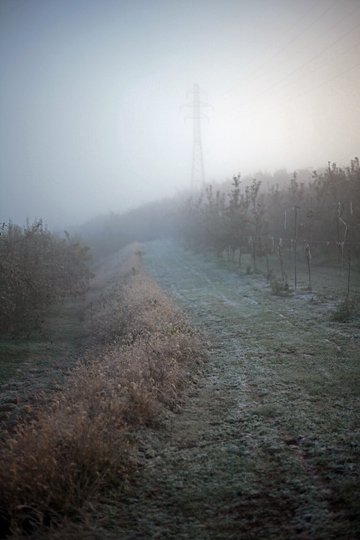 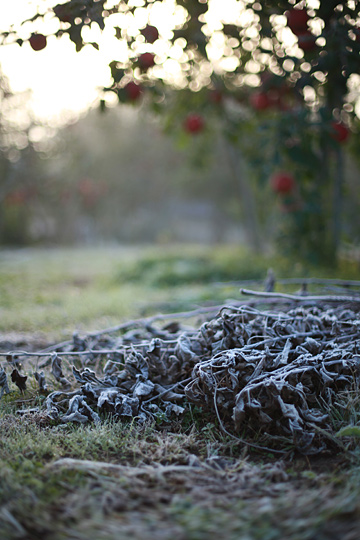 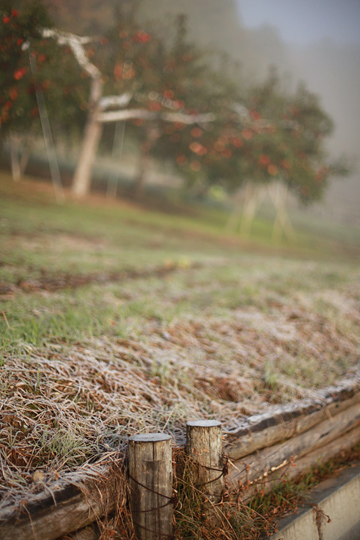 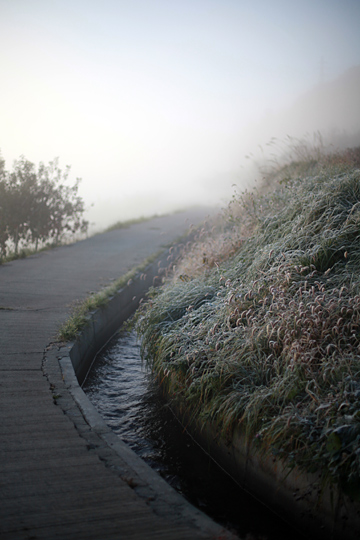 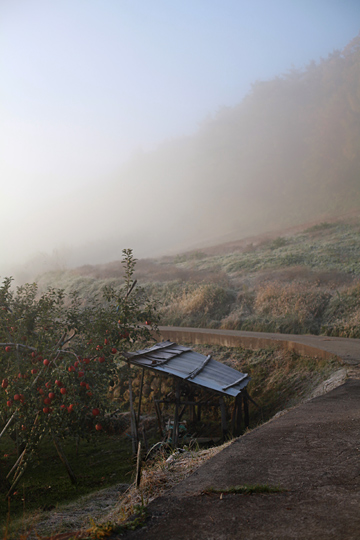 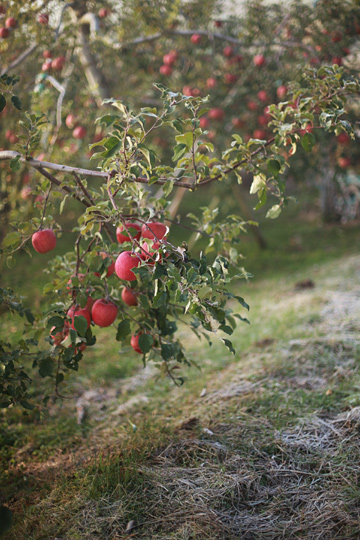 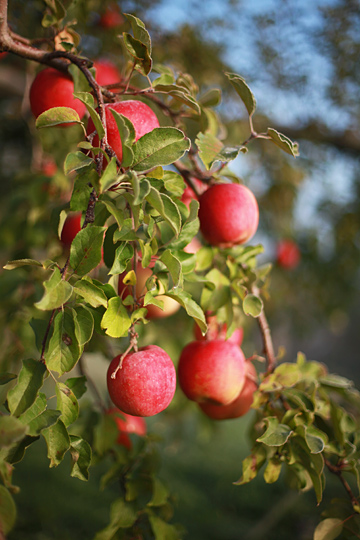 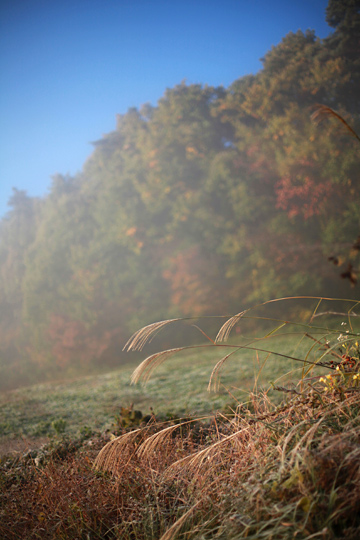 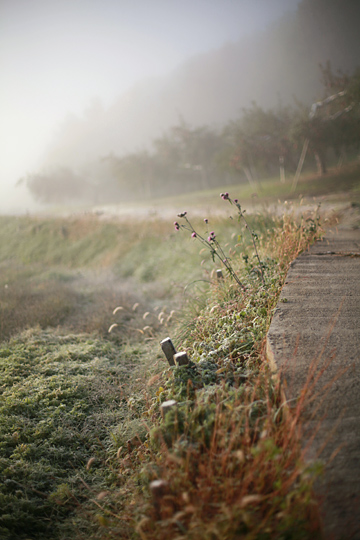 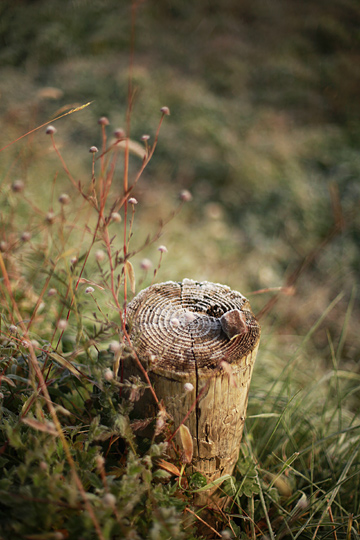 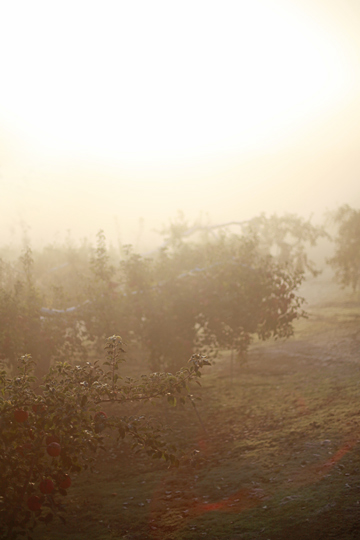 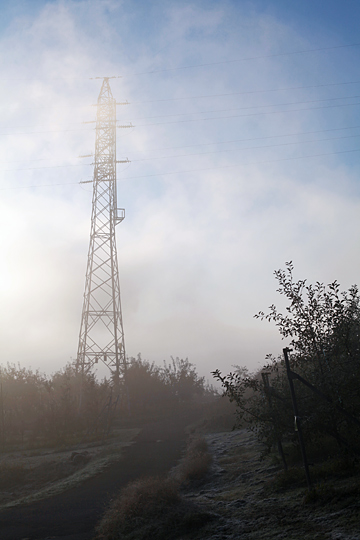 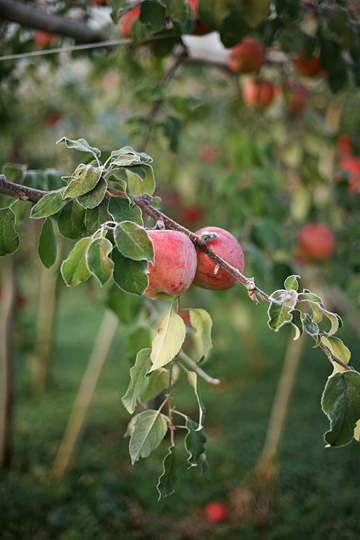 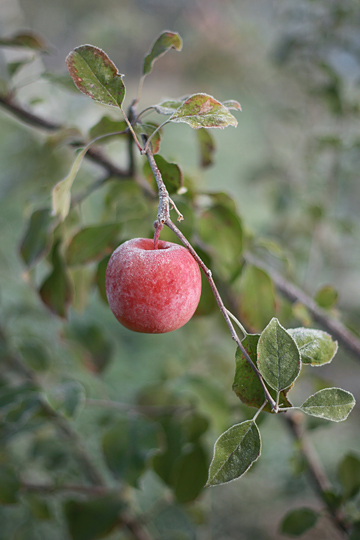 P.S. - See the apples covered with frost? These are fuji apples and they are to be harvested soon, and now at the final stage of packing on sweetness. So while dropping temperatures mean harsher work conditions for the farmers, apple growers are earnestly praying for more cold nights; I really do hope the fruits of their labors will reward them right.


(Oh, and fujis are already tasting pretty good as we have tried a few; can't wait to have the fully ripe sweetness very soon!) 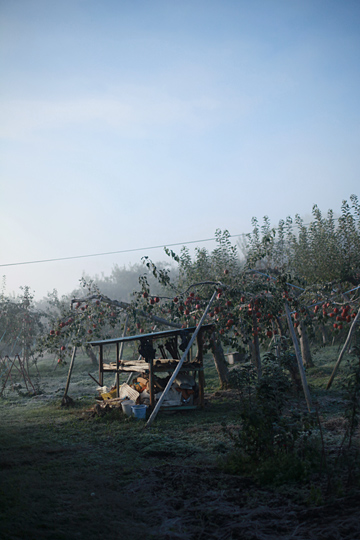 What a beautiful post; haunting and expresses autumn exactly.

I love your photos. They express the cold yet peaceful charm of the morning.

May I know what camera you're using?

such lovely photos of the fall-winter transition... makes me a bit chilly, makes me want to curl up in a blanket and enjoy a cuppa tea

your photos are mind-blowingly stunning. You're an inspiration!

Oh, it looks so beautiful! Your blog makes me miss Nagano so much (I lived in Shimosuwa for a number of years).
Your photographs are stunning, as usual.

I have lingered here for years, to feel so touching on the poem-like essay. so pretty the photo and beautiful the words are.

The pictures are so beautiful !

hi. i came across your blog and was stunned with the pictures. may i ask what camera you use?
love the pictures :)

Such lovely photos. Autumn is also my favorite time of the year. I especially liked the semi-frosted apple. Keep it all coming!

thanks so much all for your kind words as always!

Natalie - that was EXACTLY how i felt as i took all the pics! :)

Skye - hope you'll get to come back sometime!