real picnic at Hanging Rock (and back) 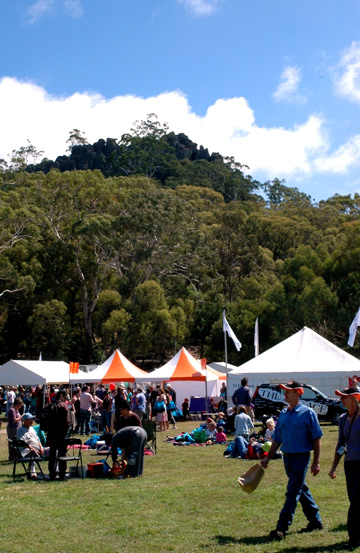 Last Sunday I had a grand day out at an event called The Age Harvest Picnic at Hanging Rock, a showcase of food and drinks of the state of Victoria; to me it was one of the highlights of my whole trip to Australia, and it was indeed a great fun to sample many great stuff the place has to offer. Although I originally planned to elaborate all that I had tried, a week has already past without me being able to do a post and I figured I'd never really make it if I stick to details. So I've decided to do just a brief review here, with which I hope you'd somehow get a glimpse of what was going on. *Click on a small image for a little larger view.

In that hazy morning at about 8am, we left home heading to the site... 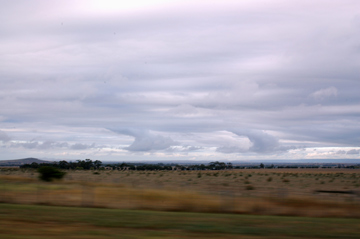 ... which is called Hanging Rock. 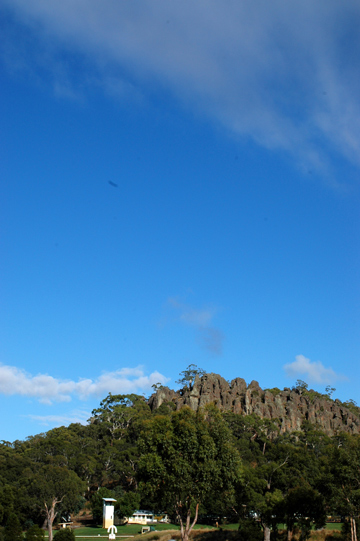 By the time we got there, the weather was a nicer there, though a bit chilly. 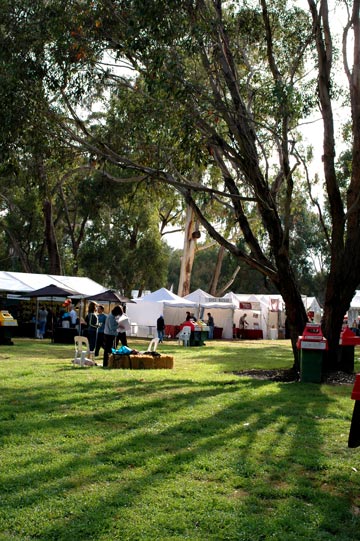 The event was due to start at 9am and it was about 9:15 when we got there, and there weren't many people arriving in yet, and many exhibitors were still busy getting ready to have visitors. We secured a couple of tables and chairs for us all, and then took the round 1 of the day...

L: Rhubarb tarts, jams, cakes, etc. - fruit cake with rhubarb was good; C: Handsome rhubarbs - which we were going to get a bunch later, which never happened as they disappeared by the time we got back in the early afternoon... R: Falafels - good 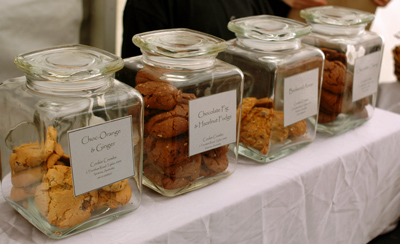 Cookies - I tried "Birdseed" but should also have tried others like Choc Orange & Ginger and Chocolate, Fig & Hazelnuts... 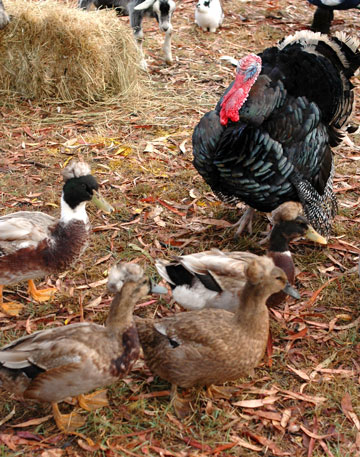 Birds - not for consumption but for kids to play with. Or so we thought.

Deli-Bakery (?) - I tried lovely bread with olive, dipping it in olive oil 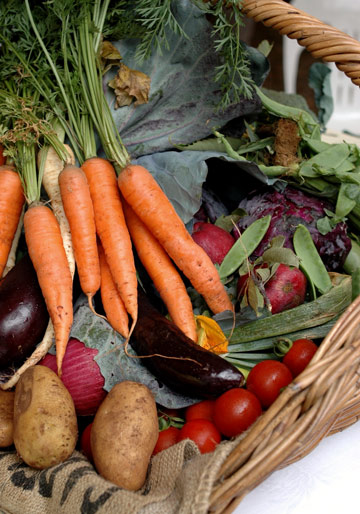 well, it was a display only.

L: More cookies; they didn't have ones for sampling yet, and by the time I got back in the afternoon, everything was gone...; C: Chutneys, sauces; R: Breakfast cereals - mueslis with vanilla & figs, or Indian spices, all of what I tried were good!

L: Coffee stand - there was a long line of people for their morning cup of coffee. I got a caramel latte; C & R: Belgean waffles - also popular as a breakfast plate


And we got one, too 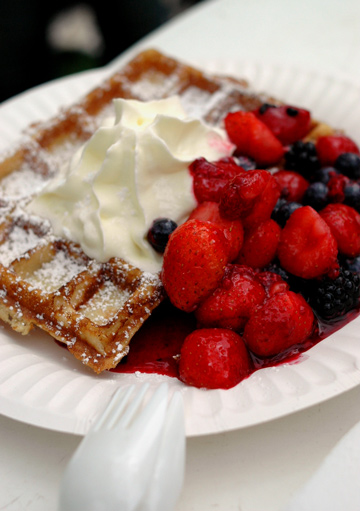 We shared one fresh-berry waffles among three of us; there were a lot more stuff we had to try, so better eat small now...

As we ate our breakfast, a lot more people arrived in... 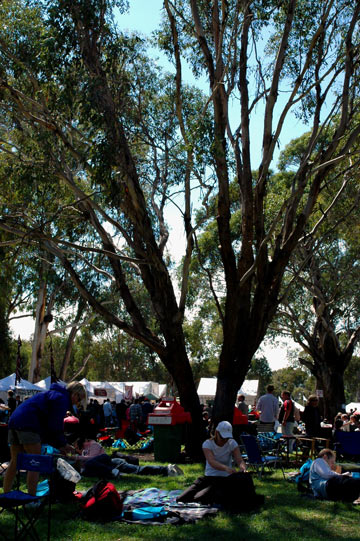 So did others in our party; we were a group of eight people in total (most of whom I met for the first time). We chatted, read the newspaper, ate, and then headded off for more food and drinks...

L: Honeys; R: Puddings - like traditional English pudding in style, but with more modern flavors such as chocolate & orange or peach & cinnamon. Not too heavy nor sweet!

L: Local beers - there were four different varieties which I tried all. I particularly liked Honey Wheat one! C: One photo for 20 bucks? R: Wines of relatively minor grape varietals along with plump and sweet dried grapes and currants for snacking

L: Wines by one of the many wineries I tried that day - I found their Shiraz port was pretty good; C: Green tomatoes in olive oil with herbs, spices, and vinegar; R: Reduced balsamic vinegar - supposed to be convenient, I reckon


While I was busy hopping around sampling stuff, the place had gotten quite busy... 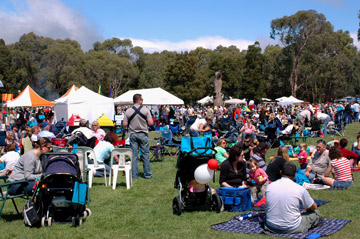 The weather was picking up, making it a great day for picnic.

Back on the tour:

L & C: Cheeses - camembert, brie, washed, blue, all of which were quite mild; R: Ice-cream - since I tried and loved ginger and fig ones, I dared to try licorice one just to make sure I'd hate it (I hate anything anise-y); in fact, it wasn't THAT bad, although I wouldn't do as far as buying one...

L: barbecue chicken; C: More local beers; R: Buffalo sausages - I've seen those at a farmer's market as well although haven't tried one yet; are they popular here? 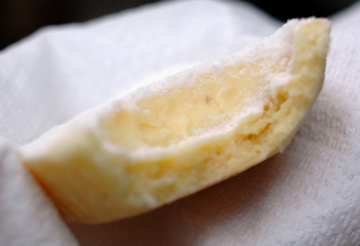 Very lemony, not too sweet, which is perfect

Chocolatier - although I tried some liquored truffles and chocolate sauce, I ended up walking away with chocolate that I hadn't actually tried... and a cute little "choc-addict"

L: Pizza oven in a van; C: sauteed mushrooms; R: at the first sight I thought it was cola, which turned out to be a ready-made red wine splitzer made with lemon and orange juice; it was actually good

L: bars - muesli, lemon & yogurt, apricot & white chocolate, all yummmm; R: fudges - I normally don't really care for fudges, but I tried one because it was "lavender", which I found somehow similar to violet-flavored macarons...

More cheese and bread - this place was so busy!

L & C: Sparkling red - it seems to be quite popular over here, especially ones made from Shiraz; they aren't quite as dry as regular white bubblys, but nice nevertheless; R: wine made from chili - spicy hot, of course, but sweet too; I liked chili-wine jelly as well


A good couple of hours passed by very quickly and I was stuffed, oh yes. Just in case you are wondering, I did NOT try all the stuff photographed here, for good or for worse; some of them I only peeked at and clicked away. But I did try quite a few things and sure drunk a lot - one sample might have been only a shot or so, but when I tried a total of 20 or more wines/beers, they added up for sure, and I'm a bit embarrassed to admit that I lost track of what I had tried and can't quite remember which wines of what wineries I tried there. Darn.

Well, once we'd been all well fed, we decided to walk up on Hanging Rock. A bit of exercise after eating a lot, why not? 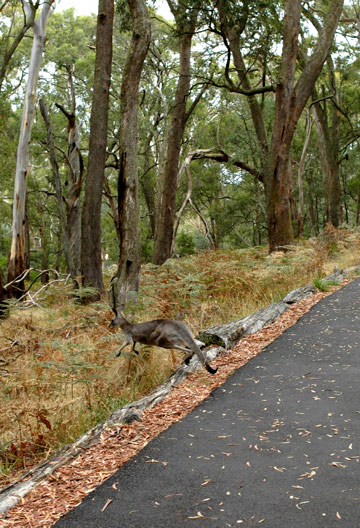 On the way up there, we saw several wild kangaroos. I was surprised that they were huge and quite fast... 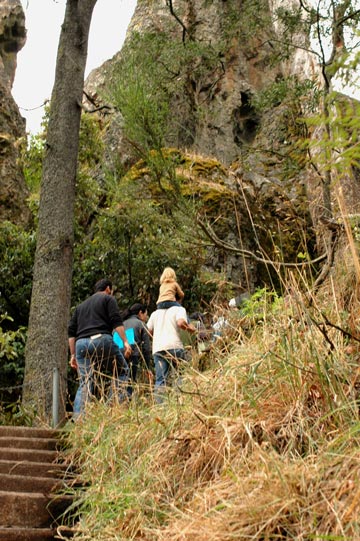 We walked further on a steep way up... 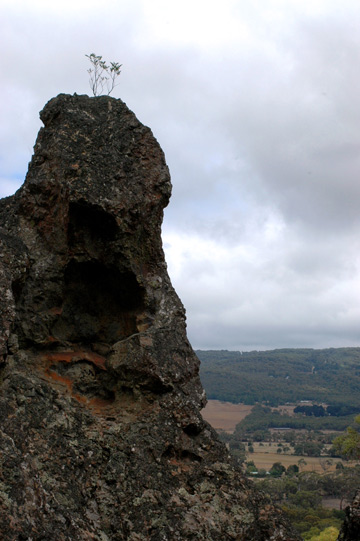 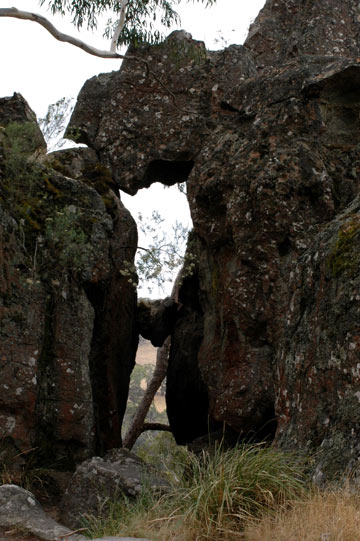 ...which it wasn't; there was further way up. Alright, I'd thought it was too easy... 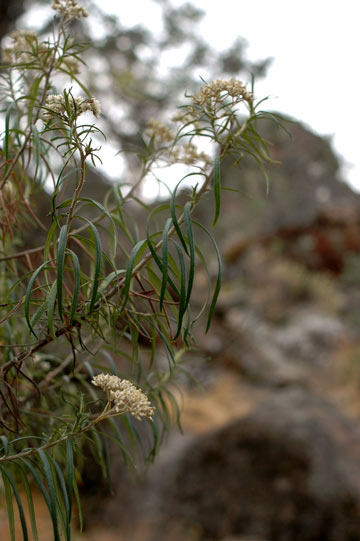 as we walked further up the route got narrower and steeper... 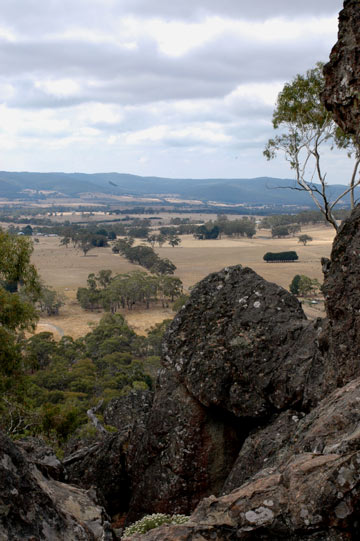 ...actually not THAT all better... 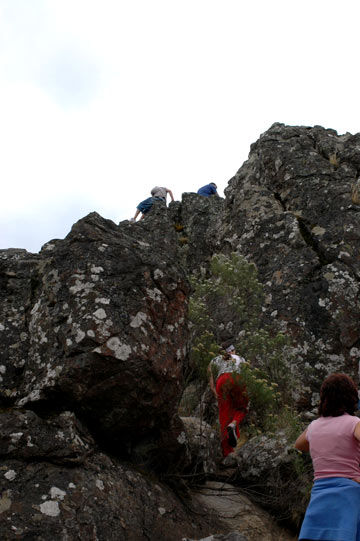 ...and now I was finally almost at the very summit, but didn't venture to climb all the way up, as I thought it would be tough to climb down;

So we headed back the way we had come... 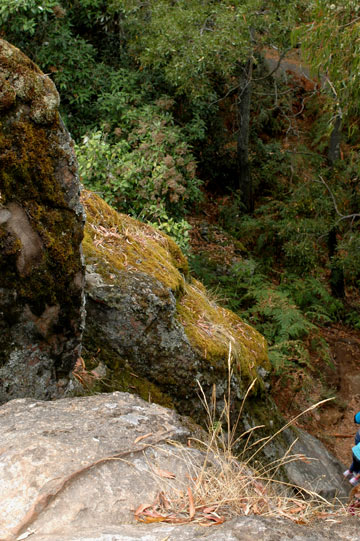 ...but somehow we were on a wrong track and ended up going, if not falling, down a rocky, clif-like path. 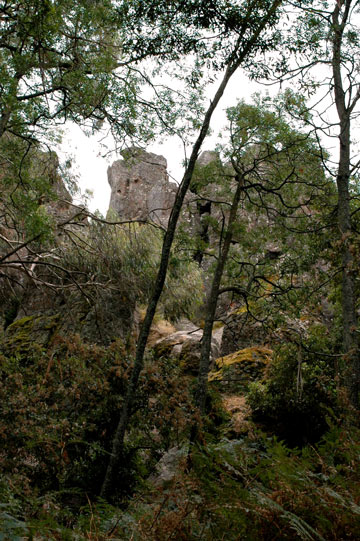 At least we were all safe back, not like a tale in which 19th century schoolgirls went missing while on picnic at Hanging Rock. Thank goodness.

Sure we back at the picnic site

and I got a rhubarb tartlets with cream, yumyum. 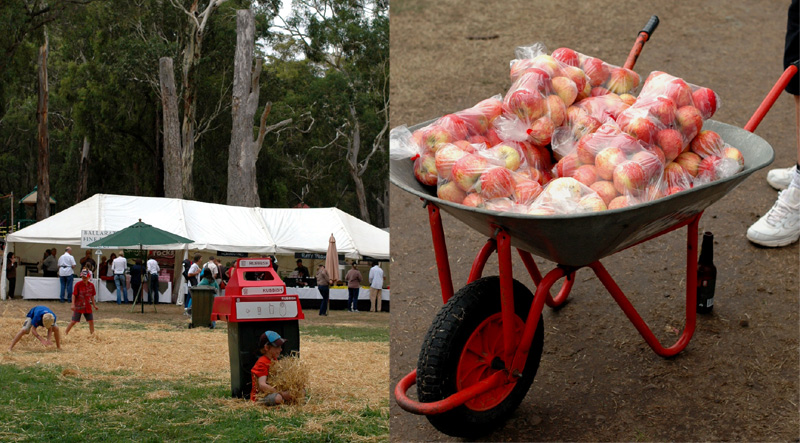 And it was about time for us to pack our bags and head back to town. We took a different route than the one we took on the way there, a more country-side road...

To be fair, I must make it clear that I didn't get to try everything there and I am sure that there were a lot more great shops out there that I have missed. For a complete list of exhibitors at the event, refer to here. 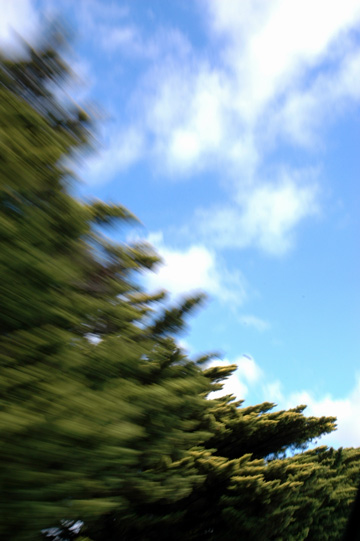 Thanks everyone at the event for the excellent products, and the friends who shared the great time with me!

I am very jealous, looks like a fantastic day, I live in melbourne so will have to make more of an effort to go next time its on!

Found your blog while searching for some recipes. What a wonderful, interesting blog! I love all the great pictures you took. How I wished I can snap great pictures like you do... Great work ;)

Well what a pleasent surprise when we do a search on our business to find that someone has included us in their blog !!

Maree and I are really happy that you tried (and liked) our product !!

We do send our product worldwide so if you ever want to get your hands on some then just let us know.

You have put together an excellent and accurate image of the hanging rock festival. WELL DONE !!