no tennis match this year 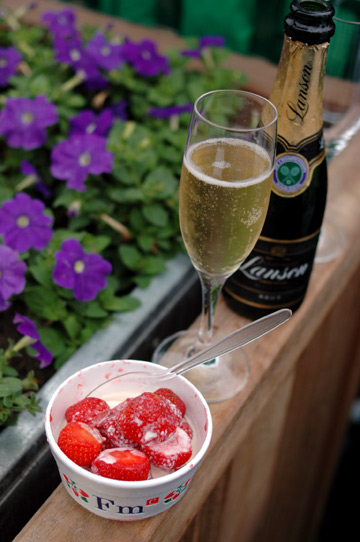 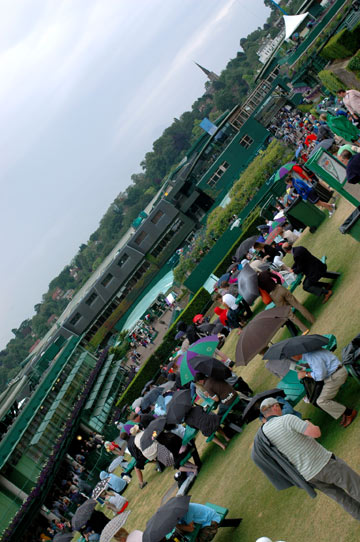 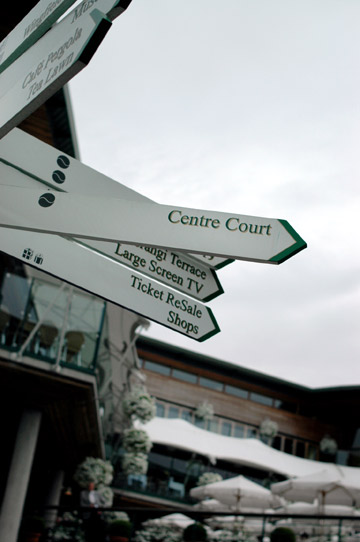 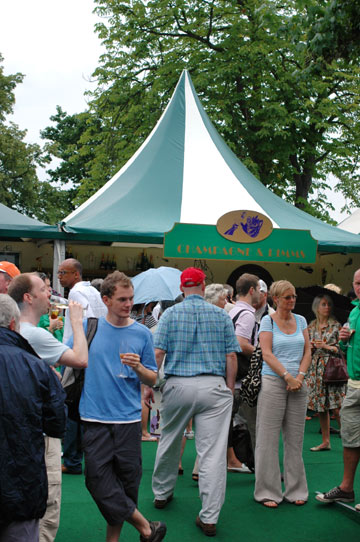 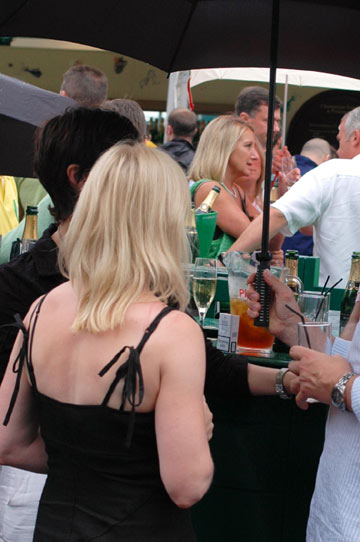 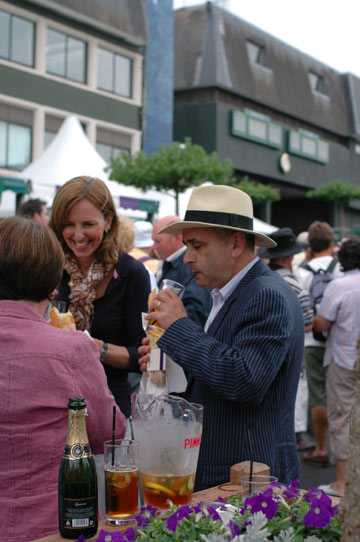 Ivy . Pimm's. Hats. Umbrellas. These were all "typical" things I had seen on TV, heard about, or imagined... in connection with Wimbledon. I was there for the 2006 Wimbledon Championships. I have always been a bit of tennis fan (meaning: watching games, not playing), and when my friend suggested we may have tickets to the ground (not to the center court games), I felt walking on air. Being at the venue of the Wimbledon games at the time of Championships was something I had long dreamed of, and just to be there was... plain amazing, even if it was in the rain. That's kind of expected, anyways.

Well, Wimbledon wasn't the prime purpose of my trip to London, though. I did yet another last-minute travel arrangement at the end of June and hopped in the airplane to escape from wet Tokyo to... wet London. The weather hasn't been the best this great old city could offer at this time of the year, but we've had some fabulous days with occasional rains and above all, I'm catching up with my dear Londoner friends once again, joining their barbeque tables, having drinks alfresco. 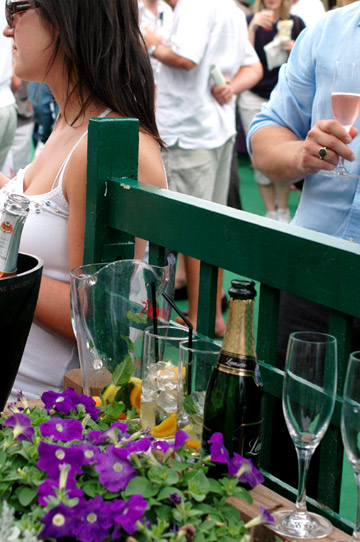 By the way, what I didn't see at Wimbledon was... tennis players. None. We had to leave there at about 2 pm, and it was later in the afternoon that the weather picked up and the games took place. Oh well, I seem to have this feeling of coming back here again next year or sometime for the games... if I am lucky, which I have always been, thankfully.
posted by chika at: 7/09/2006 10:00:00 AM

Growing up a stone's throw away from The USTA in Forest Hills, and practically living at the tennis there each fall, the Wimbledon is also something we followed from across the pond. Visited London many a time, but never made it to the Wimbledon.

Left NY now, and opened up a bed and breakfast in Southwest Montana The Fish Creek House , we believe that life's short ... eat dessert first... Often our first course is the infamous strawberries and cream - strawberries grown in our onsite greenhouse!

you lead a charmed life, miss chika, you do! enjoy london, you lucky thing.

Great post. It's quite funny because, a few years ago in 2003 i received free tickets to the US open although, like you never saw a match as that they were delayed by rain! Unfortunately the US open only provided hot dogs and sandwiches unlike the chi-chi tradition of the English.

Wait, I was just at Wimbledon too! Just this past week for the mixed doubles finals and semifinals. Mmmm, those strawberries and cream are awesome. :) That and a glass of pimm's....perfect.

Wow! I´ll be in London in September and now I´m dying to know your tips on places to eat and shop there! Are you planning to write a post on your other London experiences, sharing addresses and all? My fingers are alll crossed up!
I live in Sao Paulo, Brazil, and read your blog since last year. It is amazing, congrats!

I've been enjoying your blog and images for over a year now - thanks for sharing your experiences both traveling and eating! My parents came from Kyoto to the US shortly after the war so many of the Japanese foods you have shared were unfamiliar to them. Through your blog I was able to introduce them to Shingen Mochi -- my Dad loved it!

I also wanted to congratulate you for your spot in this month's Food and Wine  magazine. I was visiting my mom in Boston and when I saw the article on food blogs and I jumped up and down saying "I know her! Well, sort of, but not really..."

It is amazing, but even with all that rain I would still give anything to go to Wimbledon and be so civilized as to indulge in strawberries and cream with a little champagne under the beautiful flower baskets! I hope you had a wonderful day!

Chika, just stumbled across your blog thanks to F&W magazine. Caught my eye because I'm moving to Shizuoka-ken in 2 weeks! I'm really looking forward to the gastronomic adventures I'll be having. I enjoy the blog, keep it up!

Hi! what a wonderful post! I've been living in wimbledon for 1 year!I love this place, the center court and all the things!kisses,Saffron

Hi folks, thank you very much for the comments and compliments!

Cyd - home-grown strawberries with cream must be quite a dainty. Good luck!

santos - I know I certainly do!

Justin - we may well have crossed each other then!

Camila - I wish I could give some fresh tips about London must-goes, but I didn't do much sightseeing this time... although I know I'll do a post about one good restaurant we went this time. Good luck!

Cheeko-san - glad your dad liked shingen-mochi :) Hope you guys will have chance to pay a visit to Japan to discover more of great food your old country has to offer!

zhonghuarising - it really was amazing, I had a lovely day!

Audrey - best luck with your moving to Shizuoka... although I haven't spent too much time over there yet, I've heard a lot about great local food, especially sea food. Hope you'll enjoy it all!

Satoko-san - thanks a lot for the compliment, that's more than I really deserve...

Saffron - I'm jelous you live in Wimbledon... it's such a wonderful place, can't wait to go back!