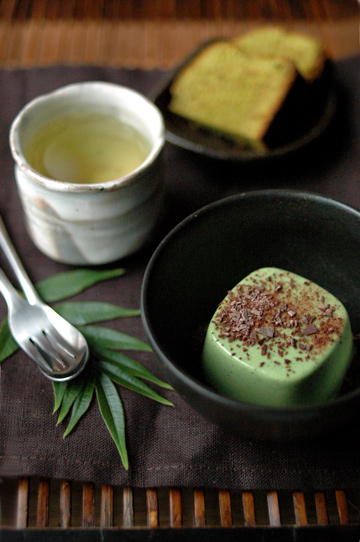 Over here in Japan we are officially in the middle of Golden Week holiday time which is a series of National holidays, and May 2 was National Pick-and-drink-your-own-tea Day. Or not. (Ah, it isn't. Sorry.)

National holiday aside, it really was the day for people to celebrate tea, and tea being green tea in this case. Hachiju-hachiya, literary meaning "88th night", is historically recognized as a good day for harvesting, as well as drinking, tea; I'm not going in details as for the background behind this custom, nor what this 88th day is based on anyway, but this should give you a rough idea about it if you are curious, even if you are not a kid.

Instead, here I have scraped together a bit of green tea-related food - some were had in connection with Hachiju-hachiya, while others completely coincidental.... 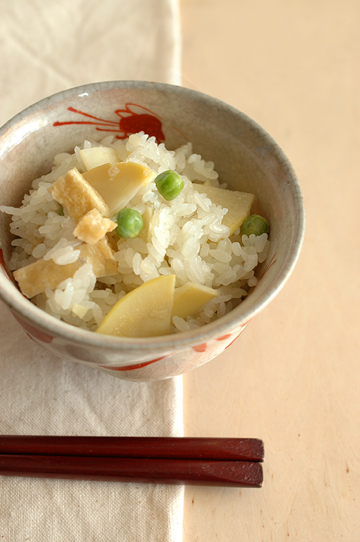 Tea Rice with Banboo Shoots and Peas. Here rice was cooked in roasted brown rice tea or genmai-cha with green tea (confusing...) along with boiled and sliced banboo shoots, fresh pea, and abura-age (deep-fried tofu slices). Freshly boiled banboo shoots and fresh peas are both tastes of the season, and the hint of light scent of roasted tea made a nice background to highlight the delicate flavors of the vegetable. 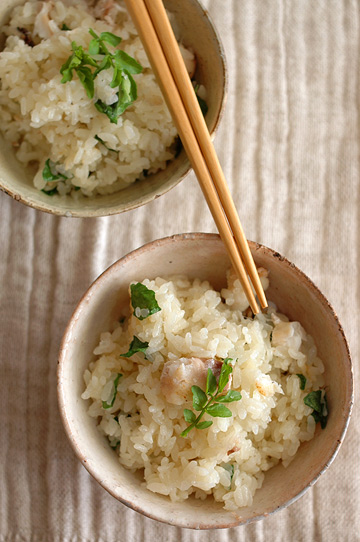 Green Tea Rice with Seared Sea Bream and Watercress. Lightly seared chunks of sea bream was cooked with rice in green tea and served with watercress leaves. Tai-meshi, or rice cooked with sea bream, is one of my (many) favorite rice dishes, and using green tea instead of stock added another dimension to this elegant classic; the dish that was already light and fragrant is now tasting even lighter and fresher thanks to the clean, palate-clensing green tea. 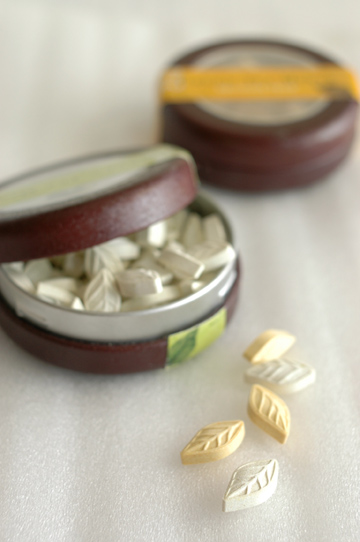 Speaking of palate-clensing, these little leafies definitely do their job. Green Tea Mints by Sencha Naturals come in three flavors including these two: Lively Lemongrass and Delicate Pear (the other is Original, which I haven't had). I picked up them while in Los Angeles last November, and somehow buried somewhere deep in my luggage... can't believe they ended up popping up on this particular day out of nowhere! (Well, out of my bag, to be specific.) 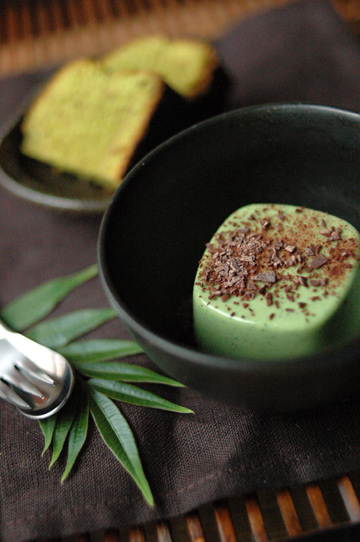 The last bit is a tray of tea-time treat we had for Hachiju-hachiya: Matcha Panna Cotta and bite-size slices of Green Tea Loaf with Brandy Syrup, complete with a cup of green tea (for those of you who might be wondering how we differentiate matcha from regular green tea, I have given a brief description of one version here). I used agar rather than gelatin to gell the panna cotta, which I thought worked just fine. The cake was a gift that came from one of Japan's biggest tea producing regions, and it didn't fail to measure up to our expectations. 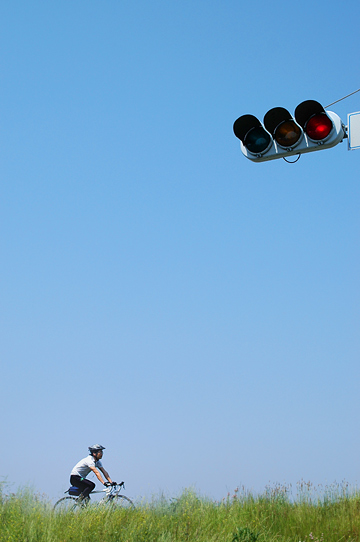 Now seemingly, the month of February swiftly ran away from me, March vanished like a puff of smoke, and April was like it had never come... and is it already May? When I haven't even organized all the photos I took while taravelling last year (ugh)? Well given how things have been over the past months, I am not highly likely to be able to do posts about my travels anytime soon, but at least I have some pics up on my flickr site... at the moment I have some shots of spectacular early-winter (!) Colorado nature from last October; click here to view as slideshow. More to follow shortly.
posted by chika at: 5/03/2007 06:39:00 AM

So great to see you posting again! You do it so well when you do post and I hope to see you write more often!

Thats a sweet post...love the mints and panna cotta...looks delicious.

I wandered by in my search for ochazuke. Thanks for sharing your hachiju-hachiya food pictures. I really like the composition of your shots.

i love your pictures and the food look simply delicous. talking about green tea just remind me how much i missed www.teacuppa.com spring dragonwell green tea.

The panna cotta looked so perfect! I miss Japan....I haven't been there in 7 years or so. You have so much talent in writing and food photography!

I thought this was going to have a recipe for green tea panna cotta?

I love this picture of the cyclist and the imense blue sky.

I just discovered your site and I have to say - I'm already addicted! I added you to my blogroll and will be back again. Beautiful photos and entry. :)

The food in your blogs looks very clean and healthy. :)

Do you have the recipe because it looks amazing!

Congratulations for the pictures in your blog!

Beauitful shots as always. Those green tea mints have intrigued me, I wonder if they are available in Australia?

Oh my gosh, that tea rice looks absolutely delicious! I've never tried tea rice before, but I hope I will get a chance to try it someday. :)

hello there, thank you all for the comments... for those of you who might be interested in the recipe for matcha panna cotta, well, as always there isn't a real recipe, but here is something I remember I did:

I might have had about half-cup each of heavy cream and whole milk, a couple of tablespoonfuls of sugar, gently heating all of them in a sauce pan to a near boil, then added powdered agar (the amount will vary from a product to another) and cook for a bit. Meanwhile, I dissolved two teaspoonfuls or so (would have been more) of matcha powder in a tablespoon of milk. Removed the pan from heat, and added the agar mixture a little at a time to the matcha and milk mixture until thoroughly mixed. Stirred in all the rest of the agar mixture, poured in molds or ramekins, and chilled them in the fridge until set, about 1 hour or so.

This made three small pannna cottas that were not overly sweet with quite strong matcha flavor; you might want to adjust the amount of matcha and sugar to your liking.